Georgia Southern University is a Carnegie Doctoral/Research university providing the classic residential campus experience, complemented by an array of blended and fully-online graduate programming. Georgia’s largest and most comprehensive center of higher education south of Atlanta, nearly every state and nearly 100 nations are represented in the student body. The University’s hallmark is student-centered education its students.

Georgia Southern is a driving force in the life of the Coastal Southeast. A variety of attractions makes campus a world unto itself for our students, and a destination for everyone from visiting scholars to families on an outing. Outreach through applied research and service creates solutions for our region with a total regional economic impact that is approaching $800 million annually.

Georgia Southern University located in Statesboro, GA, approximately one hour from Savannah, GA, one and one-half hours from Hilton Head, SC and only three hours from Atlanta, GA by car.

Savannah’s architecture and history are internationally known, as is its reputation for Southern charm and hospitality; for example, the city’s former promotional name was “Hostess City of the South,” a phrase still used by the city government. Each year, Savannah attracts millions of visitors from across the country and around the world. Savannah’s downtown area is one of the largest National Historic Landmark Districts in the United States. The city’s location offers visitors access to the coastal islands and the Savannah Riverfront, both popular tourist destinations. Tybee Island, formerly known as “Savannah Beach”, is the site of the Tybee Island Light Station, the first lighthouse on the southern Atlantic coast. Other picturesque towns adjacent to Savannah include the shrimping village of Thunderbolt and two residential areas that began as summer resort communities for Savannahians: Beaulieu and Vernonburg.

Hilton Head Island or Hilton Head is a resort town (located on an island of the same name) in Beaufort County, South Carolina, United States. It is 20 miles (32 km) north of Savannah, Georgia, and 95 miles (153 km) south of Charleston. The island features 12 miles (19 km) of beachfront on the Atlantic Ocean and is a popular vacation destination. Hilton Head Island offers an unusual number of cultural opportunities for a community its size, including Broadway-quality plays at the Arts Center of Coastal Carolina, the 120-member full chorus of the Hilton Head Choral Society, the highly-rated Hilton Head Symphony Orchestra, the largest annual outdoor, tented wine tasting event on the east coast, and several other annual community festivals. It also hosts the Heritage Golf Classic, a stop on the PGA Tour which is played on the Harbour Town Golf Links in Sea Pines Resort.

In the 2011 edition of America’s Best Colleges, published by U.S. News and World Report, Georgia Southern University was once again recognized as one of America’s Best Colleges and America’s Best Graduate Schools. The University boasts graduate programs ranked in the Top 100 nationally by U.S. News & World Report’s Best Graduate Schools, including the School of Nursing and the University’s Family Nurse Practitioner Program which is currently ranked in the Top 20 nationally and the top program in Georgia. The University’s College of Business Administration was named one of the Best 300 Business Schools in the nation by The Princeton Review and the online WebMBA and Master of Science in Computer Science programs are ranked in the Top 20 as a “Best Buy” by Geteducated.com.

Georgia Southern faculty bring a combination of exceptional teaching, real-world experience, and cutting-edge research to the classroom. From entrepreneurs who have start-up experience, to experienced educators, nurses and IT pros, Georgia Southern professors will challenge you to extend yourself while building and growing your skills that will enable you to pursue your career goals.

When you choose Georgia Southern, you will immediately join a global network of professionals with access to more than 70,000 graduates living and working in numerous countries around the world. Our network of alumni includes top business leaders, entrepreneurs, healthcare professionals, educators, IT professionals and many others who are working across industries and companies.

A graduate degree can open many doors and is an investment in your future. At Georgia Southern, we offer a variety of nationally ranked and respected programs that not only provide the respected reputation of a major university that employers in today’s competitive job market value, but the flexibility you need. At Georgia Southern, you have options. Many of our graduate programs are offered fully online while many combine a combination of online and campus-based classes. Our goal is to make sure that earning your degree does not put additional demands on your already busy schedule.

Georgia Southern University provides abundant opportunities for graduate research and scholarly works in every academic college, consistent with the University’s student-centered approach. Graduate student learning provides the opportunity for active engagement in research and teaching, adding vital experiences to professional development of work-ready students. Graduate students pursuing master’s and doctoral degrees broaden the knowledge base of their disciplines in countless ways. The University’s many graduate programs have produced generations of professionals in a wide variety of disciplines, many of whom have risen to positions of prominence in our state, the nation and the world.

Georgia Southern University hosts a more than 700-acre campus in Statesboro and is the largest university in southern Georgia. The park-like residential campus is home to numerous cultural activity centers including the Center for Wildlife Education and Lamar Q Ball, Jr. Raptor Center, a Performing Arts Center, the Georgia Southern Museum, the Georgia Southern Botanical Gardens, Center for Art & Theatre that includes an intimate Black Box Theatre, a planetarium and more. As a whole, the campus provides excellent amenities and facilities for all aspects of campus life – both academic, recreational, and cultural. 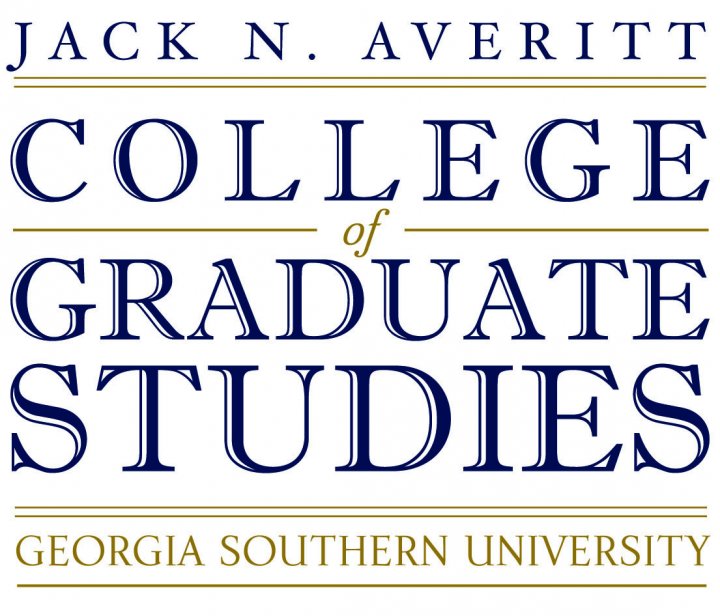