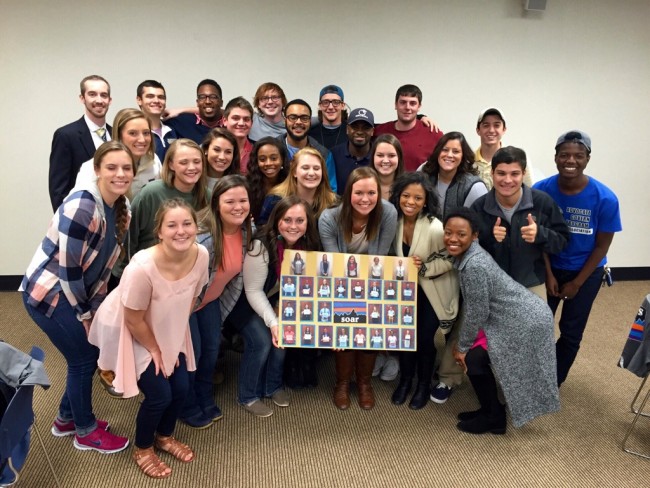 Georgia Southern University has chosen its 2016 Southern Orientation, Advisement, and Registration (SOAR) Team. SOAR Leaders help orient new students and their families to Georgia Southern during the summer SOAR sessions by serving as role models for new students, helping them register for classes, preparing them for college level academics and informing parents about the University’s services. Out of 122 students who applied for the coveted SOAR Leader position, 25 were selected based on their leadership potential, work ethic and ability to represent the University.

Three students are returning for their second year as SOAR Leaders: Courtney Dyer, a senior psychology major from Dahlonega, Georgia; Abbey LaMee, a junior child and family development/therapeutic recreation major from Acworth, Georgia; and Tyler Wilson, a senior management major from Adrian, Georgia. These students helped select the 2016 SOAR Team, which represents more than 25 campus organizations, by trying to find the best individuals to represent the Georgia Southern student body.