The University is moving all classes online and closing its campuses due to Hurricane Ian starting at 1 p.m. on Thursday, Sept. 29. Please visit GeorgiaSouthern.edu/alert for more information and updates. 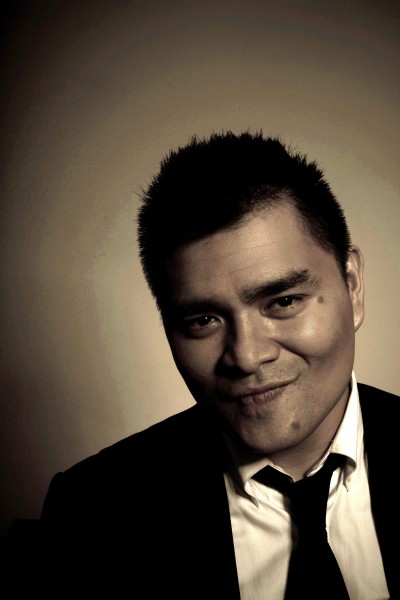 Pulitzer Prize winner Jose Antonio Vargas will visit Georgia Southern University to present “Immigration: Legality vs. Humanity” on Tuesday, Feb. 2, at 7 p.m. in the University’s Performing Arts Center (PAC), 847 Plant Drive. The event is free and open to the public.

A journalist, acclaimed documentary filmmaker and founder of DefineAmerican.com and #EmergingUS, Vargas seeks to elevate the conversation around race, immigration, identity and citizenship in a multiracial America.

After “outing” himself as an undocumented immigrant inThe New York Times, Vargas was featured on the cover ofTIME magazine as the face of the conversations about immigration in America, and has testified before the United States Senate. His film about his experiences, “Documented,” has won several awards and recognition by multiple film festivals and associations. The film will also be shown on campus Jan. 28 at 7 p.m. in the Information Technology Building room 1004 and again on Feb. 1 at 6 p.m. in Russell Union room 2047.

Vargas’ further contributions to the conversation include Define American, a non-profit media and culture organization that seeks to elevate the conversation around immigration and citizenship in America, and #EmergingUS, a multimedia news platform launched in 2015 in partnership with theLos Angeles Times, focusing on race, immigration and the complexities of multiculturalism.

In addition to his work on immigration matters, Vargas has had a prolific journalism career, including work for The New Yorker, The Huffington Post and The Washington Post, among others. He has covered a wide range of topics, including tech and video game culture, HIV/AIDS, the 2008 presidential campaign and an acclaimed profile of Facebook CEO Mark Zuckerberg. Vargas was part of the team that won a Pulitzer Prize for covering the 2007 massacre at Virginia Tech, and his 2006 series on HIV/AIDS in Washington, D.C., inspired a feature-length documentary, “The Other City”, which he co-produced and wrote. In 2007, the daily journal Politico named him one of the 50 Politicos To Watch.

Though multiple Georgia Southern entities have partnered to bring Vargas to campus, the Association for Latin American Students (ALAS) was instrumental in planning the event. Jesus Cruz, president of ALAS, said Vargas “is a true inspiration of what we stand for. He also is someone who brings not only diversity but encouragement for people and what they stand for.” The widespread support for this event indicates the conversations about diversity and immigration are desired by many. These conversations are necessary but not easy, and someone like Vargas brings both an expert voice and a humanizing touch that can help jump start the discussion.

The College of Liberal Arts and Social Sciences (CLASS) is the largest of the eight colleges that make up Georgia Southern University, and it plays a central role in every student’s core of knowledge. CLASS, also described as the University’s College of the Creative Mind, prepares students to achieve academic excellence, develop their analytical skills, enhance their creativity and embrace their responsibilities as citizens of their communities, their nations and the world. CLASS offers more than 20 undergraduate degrees and several interdisciplinary minors from its 11 departments and five academic centers. CLASS offers eight master’s degrees, two graduate certificates and one doctoral degree.  For more information, visit GeorgiaSouthern.edu/CLASS.