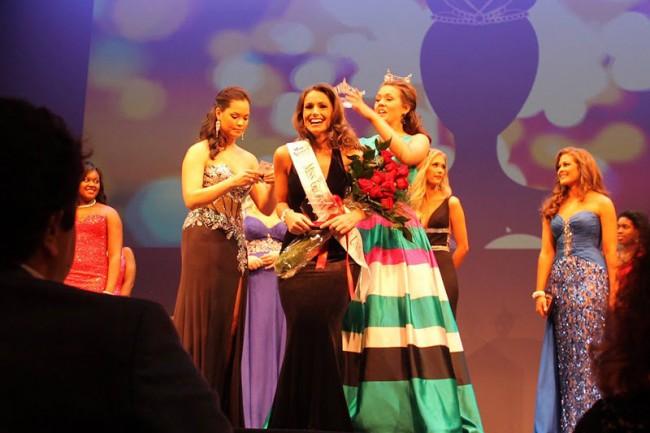 Strickland was chosen by the five judges out of 18 contestants who graced the stage as they competed in categories including talent, swimwear, evening wear and onstage question. The contestants also competed in a private interview prior to the pageant.

Judges selected Hawkinsville, Georgia, native Tara Smith the winner of the best evening wear award, while Teyaijah Givens of Soperton, Georgia, was selected by her fellow contestants as Miss Congeniality. Whitney Thornton of Albany, Georgia, won People’s Choice Award, which was chosen by donations from the audience. The proceeds from People’s Choice Award goes to Eagles For Eagles organization on campus, which gives awards to Georgia Southern students in extreme financial hardship.

The annual Miss Georgia Southern scholarship pageant is the longest-running preliminary pageant for the Miss Georgia Pageant, which is affiliated with the Miss America Organization. The event is hosted by UPB each year.