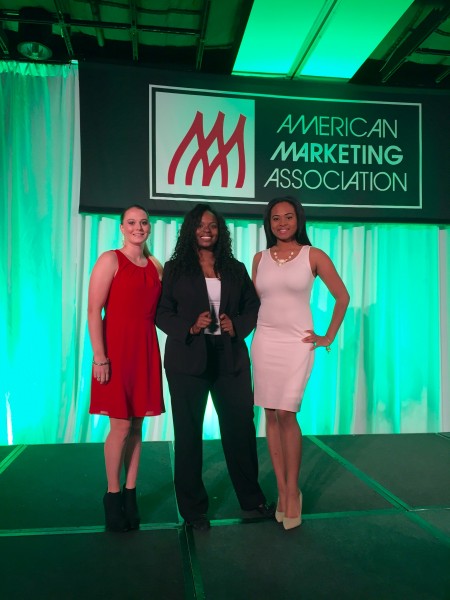 Taylor Porter, Jakeia Kitchens and Chareva Myles placed among the top participants in their respective competitions during the AMA International Collegiate Conference.

The three competitors prepared 90-second pitches for their respective competitions, and each student proceeded through the first round of pitches, making it to the second and final round. At the end of the competition weekend, Myles won first place in the AMA Perfect Pitch, landed an internship this summer at AeroTek and a job with AeroTek as a recruiter following her graduation, starting in January 2017.

“As a team, we didn’t think we were going to get that far at first,” said Myles. “But after the first round and learning what we had to do, we knew we would do exceptionally well in our respective competitions.”

Georgia Southern’s GATA Sales Team was the only team from one university to take home first, second and third place in the competitions.