Georgia Southern University has selected Stephen Harmon, Ph.D., professor and chair of the Learning Technologies Division in the College of Education and Human Development at Georgia State University, and Carol H. Burrell, president and CEO of Northeast Georgia Health System, as the speakers for the 2016 Spring Commencement ceremonies on May 6 and 7. 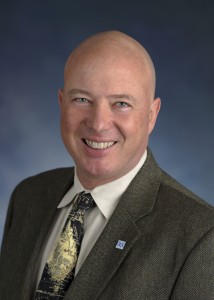 Harmon will speak during the commencement ceremony for graduate students on Friday, May 6, at 1 p.m. at Hanner Fieldhouse, 590 Herty Drive. During Harmon’s experiences living and teaching fourth-grade English in Upper Egypt and his travels throughout the Middle East and Africa, he recognized the tremendous need, and scarce resources, for education and training in developing countries. His research centers on educational uses of emerging technologies and has for the last few years focused on eLearning, particularly with respect to synchronous online learning environments. Harmon has consulted on training development projects for a large and varied number of clients, including Delta Airlines, Sears, CARE and AT&T.

Harmon has more than 120 professional publications and presentations. He was awarded the Georgia State University’s Innovative Instruction Award in 2011. He is a past president of the Association of Educational Communications and Technology. Harmon has earned a bachelor’s degree in English Literature from Furman University, and his master’s and doctorate in instructional technology, with a cognate in global policy studies, from the University of Georgia. In July, Harmon will become associate dean of research for the College of Professional Education, director of Education Innovation for the Center for 21st Century Universities, and professor in the School of Industrial Design in the College of Architecture at Georgia Tech. 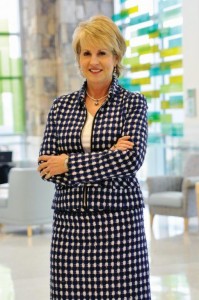 Burrell will address undergraduates as they receive their degrees on Saturday, May 7, at 9 a.m. at Allen E. Paulson Stadium, 207 Lanier Drive. With more than 30 years experience in a variety of clinical operations, she has served as president and CEO of Northeast Georgia Health System (NGHS) since 2011 and has been a member of the health system’s senior management staff since 1999. She received her bachelor’s degree in medical technology from Georgia Southern University and Emory University, and she earned her master’s degree in Healthcare Administration from Central Michigan University. Burrell is active in her community serving in the Gainesville Rotary, Gainesville Hall Chamber of Commerce and United Way. She is a past board chair for the Northeast Georgia Chapter of the American Red Cross. She also is a member of the American College of Healthcare Executives, the Georgia Hospital Association and Voluntary Hospitals of America.

Burrell was named one of the 100 Most Influential Georgians by Georgia Trend Magazine, largely due to her success in leading the Health System through an era of national recognition. The NGHS has been named one of Metro Atlanta’s “Top Workplaces” for the sixth consecutive year by theAtlanta Journal-Constitution, and has been recognized as one of Atlanta’s “Top 25 Employers” by the Atlanta Business Chronicle. Under Burrell’s leadership, the Northeast Georgia Medical Center Gainesville has been rated Georgia’s #1 Hospital and among the Top 10 in the nation by CareChex(2014-16) and one of America’s 50 Best Hospitals by Healthgrades (2013 and 2014).

Watch both spring commencement ceremonies live and get more information by visitingwww.GeorgiaSouthern.edu/commencement.