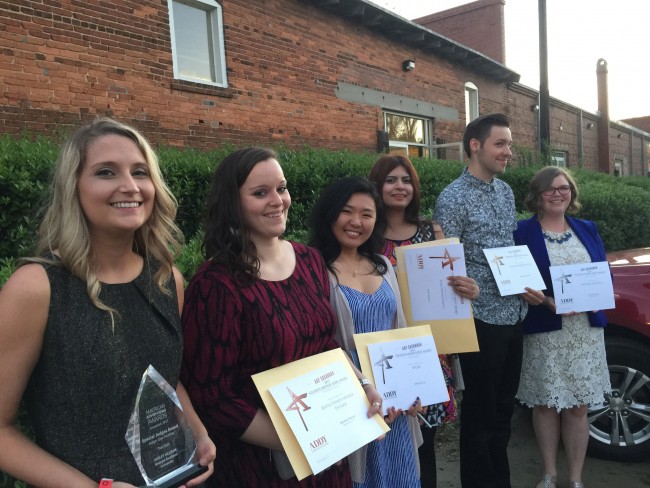 Sixteen students from Georgia Southern and 50 students from Savannah College of Art and Design (SCAD) participated in the student competition in categories such as mobile app, packaging, integrated campaigns, posters, brochures and logo designs.

“Our students are among the most talented in the region, and we’re very proud of their accomplishments,” Robert Farber, chair of the Betty Foy Sanders Department of Art, said. “Events like this one give our students an opportunity to see how the skills they learn in the studio  are applied in the marketplace and shows them how they measure up next to their peers.”

“This is a proud moment for Betty Foy Sanders Department of Art, as well as for me as a graphic design professor,” Santanu Majumdar, associate professor of graphic design, said. “There’s nothing so rewarding for me as a teacher than to see my students succeed.”